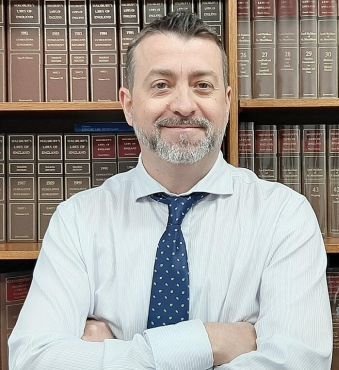 Bale Boshev Lawyers is one of the largest and successful plaintiff law firms in New South Wales, Australia, focusing on helping clients from Newcastle, Central Coast and the Hunter Valley regions. Established in 1980, their legal team boasts decades of experience specialising in a wide range of legal services including family, wills and estates, injury compensation, property law and more.

With a team of 10 lawyers and 17 legal secretaries, Victor Pritchard, Accounts & Office Manager of Bale Boshev Lawyers, implemented an efficient mobile solution that is not desk-bound, for managing the practice’s dictation and transcription needs.

From desktop to smartphone dictation

Prior to using SpeechLive, Victor encountered difficulties with coordinating the dictation workflow among the lawyers and support staffs using their previous software. Given the variability of transcription requirements, the workflow needed to be altered at short notice, which required changing individual workstation settings manually. Victor explained, “We were constantly mapping and re-mapping everything within the network, including archiving, to get the dictations across from one user to another. We had issues where people were sending the archives to their own computers instead of the office server, and the retracing process was very messy. It was a tricky, cumbersome process and we required a replacement that was going to be much easier and more efficient.” As an Office Manager, Victor oversees assigning designated legal secretaries to solicitors for transcribing dictations. With the old software, as everything needed to be done manually, it involved him travelling to three different work locations to set up the workflow.

When Victor suggested transitioning to a cloud solution, he initially faced push-back because many solicitors were content with the existing system in place. But they decided to trial SpeechLive with few of their lawyers to monitor how they manage the change process. The solicitors at Bale Boshev Lawyers are between 25 to 70 years of age, and it was the younger lawyers who preferred using smartphone dictations over traditional dictaphones. The immediate approval from them convinced the other solicitors to come on-board to make the switch.  “It was a direct uptake. When they finally adopted using SpeechLive on their smartphones, they were almost immediately saying why haven’t we been doing this all along?”, Victor said. To date, 90% of the practice have made the transition to mobile dictation.

Joshua Hay, one of the lawyers, is a SpeechLive convert. Although he was one of the later transitions, he mentioned, “I saw it as an opportunity because it’s far easier to use my mobile phone to dictate as opposed to having an additional device in the bag or while travelling.  Because obviously, the phone’s the central device you use for everything now, so it just made things easy!”

"That’s the way the future is. It’s all heading towards cloud-based, to having everything integrated into your smart-phone. With SpeechLive, it just made sense to just get on board with where technology is taking us towards."

Historically at the firm, the lawyers used a dockable dictation device. Even if they were able to dictate remotely, they had to return to the office for the dictation recordings to be migrated to the admin staff for them to transcribe. Sometimes, there were time lags in between especially when the lawyers would dictate but were unable to return to the office until a few days later. “I might be out of the office at mediation or court or wherever it is, if something comes into my mind or I get an email that I need to attend to, I can dictate remotely, upload it, and the admin staff can immediately start to process those. Now I don’t have to come back and dock my dictaphone for them to transcribe.”, Joshua explained.

When it came to managing the workflow and turnaround time, Victor mentioned the cloud solution eliminated all those manual cumbersome tasks he was doing earlier. “Before it was an IT nightmare. Now that we have a cloud system, I can be sitting at my own computer, log in to the web portal and assign a legal secretary to a solicitor in a couple of minutes without any issues. If the legal secretary is sitting at their computer the same time when a recording arrives, it’s worked on almost immediately, so that has sped up the turnaround times considerably. That makes my life a lot easier.”

From a lawyer’s perspective, it’s easier to amend and edit on SpeechLive, which was difficult to do so with analogue tape devices. Joshua said, “With the app, it’s easy to go back along the dictation track and insert any new information or another paragraph. I don’t have to rewind it, unlike the older dictation devices.”

SpeechLive has not only improved the fee earner’s productivity but the supporting staffs as well. Joshua mentioned that prior to digital dictation devices they used old tape dictaphones, and the quality of the recordings was not the best. With SpeechLive, the clarity of the dictation recordings has improved tenfold. Since the dictations are pooled among the legal secretaries, it’s easier to assign than before. Victor said, “The admin employees all said the same thing, that the sound quality was much better, receiving it was much more efficient rather than having to dock a dictaphone and they can work on the dictations as soon as they arrive from the solicitors.”

In case the solicitors require a specific typist to transcribe a certain recording, Joshua explains that it is done without any hassle by just including the initial of that typist, the name and number of the dictation. He also mentioned that he is looking forward to the upgraded individual assignment feature on the app for him to select a dedicated person he wants to send his dictations to.

The most efficient solution for legal practices

Solicitors have to shoulder an incredible amount of responsibilities and demands to meet expectations from clients, partners and other stakeholders. It’s necessary for them to find more streamlined ways to work to reduce stress and drive their billable hours. Joshua said, “Mobile dictation makes sense because lawyers travel around doing different things and are required to be everywhere from time to time, it just enables you to work on the go effectively without any time lag. It’s more convenient than coming back to dock the device and sort out each dictation.” Victor added, “That’s the way the future is.  It’s all heading towards cloud-based, to having everything integrated into your smartphone. With SpeechLive, it just made sense to just get on board with where technology is taking us towards.”

VoiceX Communications provides the software and hardware solution need for Bale Boshev Lawyers. On their constant support, Victor mentioned, “They’ve always been able to supply what we needed, whether it is a couple of transcriber foot pedals or a couple of SpeechLive licenses. They’ve been fantastic, I can’t fault them!” 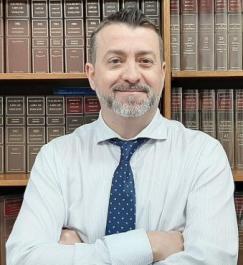